An explosion of dynamic music 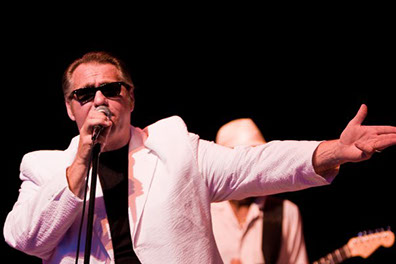 In the last 30 years, Leroy has established himself as one of the region's most proficient and soulful vocalists. A "MASTER SHOWMAN" with the "on stage" confidence to please ANY CROWD, and has been nominated for 5 Cammy Awards (Cincinnati Music Awards). In 1999 he was nominated for Best R&B Instrumentalist, for his saxophone prowess, and again in 2000 & 2001 when Leroy received nominations for Best R&B/Funk Vocalist as well as Best R&B/Funk Band, and in 2013 Leroy was nominated as "Best Musician."

Leroy has had the pleasure of sharing the stage with a number of national acts including, Tower of Power, The Commodores, Glen Campbell, War, Lonnie Mack, Bobby Blue Bland, Jr. Wells, Clarence Carter, Sam Moore (from Sam & Dave) The Platters, The Drifters, Mitch Ryder & The Detroit Wheels, The Chi-Lites, Rick Derringer, Lou Christie, and Little Anthony, just to name a few.

In May of 2015, Leroy was featured as a guest vocalist with THE KENTUCKY SYMPHONY ORCHESTRA, as they paid tribute to the music of Chicago & Blood, Sweat & Tears. Leroy's role was to bring to life the soulful sound of  legendary singer David Clatyon Thomas, lead singer of "Blood Sweat & Tears. His performance was powerful and soulful, and in a local review, the writer wrote: "It's uncanny how much Leroy sounded like David Clayton Thomas!" (View amatuer footage of performance)